This time of year is perfect for curling up with a good book and Christmas and wintery stories are some of the most magical and atmospheric of books.  I love traditional Christmas stories and the long-time favourites always  take centre-stage in both the shop and our home for the month of December.  This year I’ll also be eagerly reading (and re-reading!) a few newer seasonal titles alongside the old favourites.  Here are my very own Top Ten Christmas and Wintery stories that are a must-have for any home or school library at this time of year.

(In no particular order!) 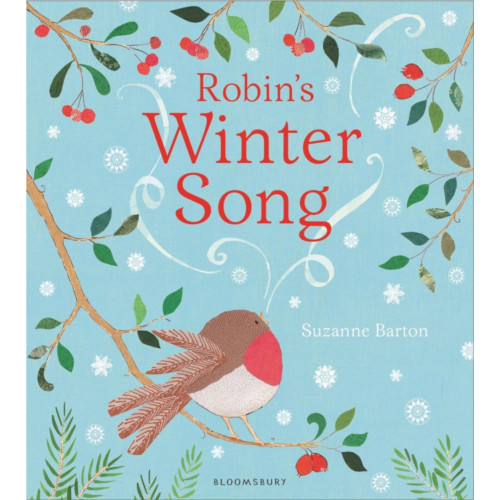 story of a little robin’s first winter. As he watches all his friends preparing for Winter, by flying south or hibernating, Robin worries that ‘Winter’ sounds scary and greedy and cold.  But then the snow comes and he realises how fun Winter can be! Best for KS1

in Exeter Street by Diana Hendry. It’s Christmas Eve, and the house in Exeter Street is full to bursting! There’s a guest in every nook and cranny from top to bottom – and even a baby sleeping in the kitchen sink!   This beautiful picture book perfectly captures the hustle and bustle and excitement of Christmastime, as this large group of friends and family celebrate being together. But will Father Christmas be able to find them all?! Best for KS1.

3. The Christmas Eve Tree by Delia Huddy. When an ugly little fir tre 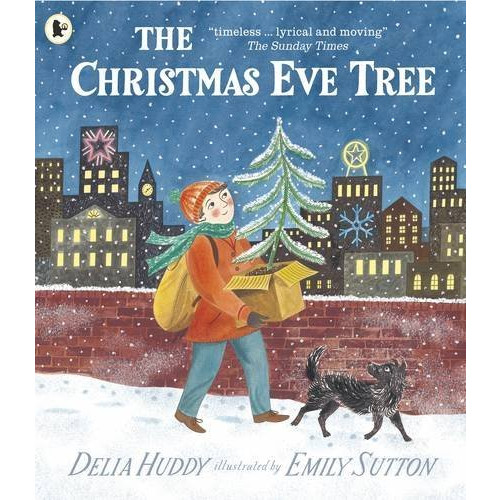 e is taken to the city, no one wants to buy him; they prefer the big tall trees. But a homeless boy asks the shopkeeper if he can take the tree, and down by the river in a cardboard box, decorated with a few candles, the tree finds itself at the centre of a magical Christmas Eve it will never forget!  The story is one of hope and new beginnings. Emily Sutton’s illustrations are full of details that children will love, and manage to encapsulate the real magic of Christmas! Could be used with either KS1 or KS2.

3.  Babushka by Dawn Casey. This new re-telling of a traditional tale is beautifully and sensitively

done; creating a story that has meaning and a wonderful Christmas message about giving for readers (or listeners) of any faith. ‘Babushka’ is a house-proud old lady who receives a visit from the Three Wise Men, on their way to deliver presents to the new-born baby Jesus. Babushka cooks for them and cleans up after them, but after they have left regrets not going with them to give her own gift to the baby. The following morning she sets off with a basket of toys and sweet treats on her own journey, but unfortunately the bright star which was leading the way has disappeared, leaving Babushka lost and wandering from village to village. Although she never finds the baby she was looking for, she comes across many other children who are in need and to whom she generously gives the gifts from

her basket.  Could be used with either KS1 or KS2.

4. The Nutcracker by Jane Ray. This really is the perfect children’s edition of this wonderful classic ballet story. When the clock strikes midnight, Clara’s new nutcracker doll comes to life and leads her on a thrilling adventure, battling with the wicked Mouse King and his troops, then journeying to the Kingdom of Sweets. Jane Ray’s illustrations are as magical and
enchanting as always. Could be used with either KS1 or KS2.

5. The Night Before Christmas by Clement C Moore and  Angela Barrett. So, although I did this list in no particular order, I suppose, if I was pushed, this would probably have to get the top spot.  There are lots of versions of this classic Christmas poem, each with their own merits, but I love the nostalgic feel of Angela Barrett’s illustrations.  All the excitement and anticipation of Christmas Eve is wonderfully captured in this fabulous festive season favourite. Could be used with either KS1 or KS2

Tomte and the Little Rabbits by Ulf Stark.  A book to get out and read year after year, this charming and funny Christmas story is told over twenty-five chapters (one for each day of Advent, although the chapters are very short, so we usually end up reading 2 or 3 at a time!). Grump the Yule Tomte lives all alone in the forest, which is exactly how he likes it! He’s waiting for Christmas to arrive when all of a sudden a gust of wind steals his mittens from the washing line and his hat from his head. That’s the last straw — he won’t be the Yule Tomte any more! But all the animals are preparing for the arrival of Christmas. They make presents, bake sweet treats and even write a song. But will the Yule Tomte ever arrive and bring Christmas to the forest? Could be used with either KS1 or KS2. 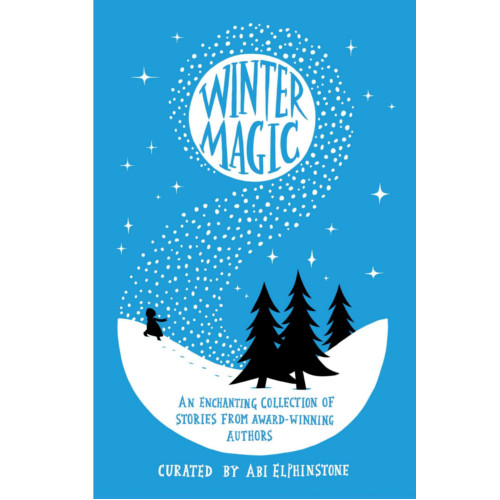 9. A Boy Called Christmas by Matt Haig. Another new Christmas story, which tell 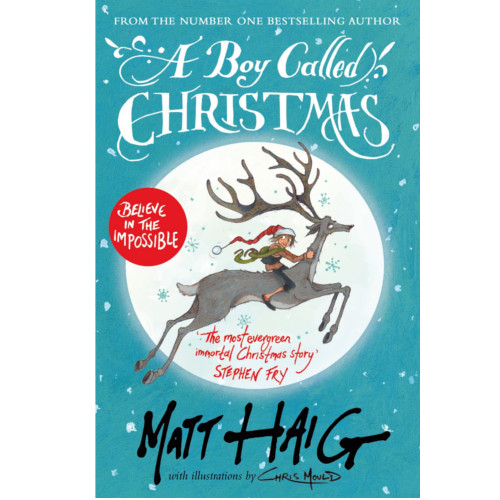 s the wonderful tale of how an unlikely little boy called Nikolas became the jolly bearded figure we know as Father Christmas. Eleven-year-old Nikolas has a hard life, growing up with just his father in icy Finland. Then one day his father goes missing, and Nikolas must travel to the North Pole to save him. Along the way, Nikolas befriends a surly reindeer, bests a troublesome troll, and discovers a hidden world of enchantment in the frozen village of Elfhelm. But the elves of Elfhelm have troubles of their own: Christmas spirit and goodwill are at an all-time low, and Nikolas may be the only person who can fix things, if only he can reach his father before it’s too late! Best for KS2.

Carol by Charles Dickens.  Of course. What list of Christmas books would be complete without Scrooge and the three ghosts of Christmas!  I’ve chosen to include a lovely hardback edition with illustrations by Quentin Blake.  This is the unabridged Victorian original, and the atmospheric drawings can help to draw children into the story, where the text is not always straightforward.  This is a wonderful version of this Christmas classic which will guide the reader through Scrooge’s lively journey to find the true meaning of Christmas.  Best for KS2.

For more Christmas books and Wintery stories have a look at our recommended book lists –  KS1, Lower KS2, Upper KS2.